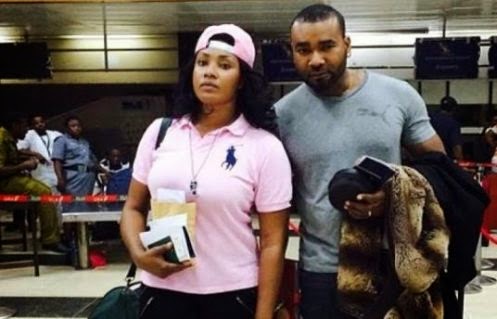 Actor and film maker Prince Eke has released an official press statement in regards to the recent theft scandal involving himself, a South Africa based rapper named Prosper and actress Angela Okorie.
In the statement released exclusively to Encomium magazine, Prince Eke apologized to his fans for getting himself involved in the messy scandal. He also advised Angela Okorie to desist from spreading the allegations of him conniving with Prosper to spoil her name. His statement below...

"My fans, family, friends and colleagues, my sincere apology to you all for finding myself in this messy situation out of the fact that I wanted to help an up and coming artiste to realize her dream in movie making in South Africa which I consider as giving back by helping others grow. This is not the first time I am doing this. I have always been into charity works but unfortunately, this has put me and my name in a messy situation just because I had to speak the truth. I say so because morally, I couldn't stand to see or witness another man messing around with another man's wife. Continue...

This is just the crime I committed and the lady involved is now dragging my name in the mud, saying she got me passport to travel to South Africa. For God's sake, I flew United Airways to Houston on January 30th, 2014 to film. I proceeded to Maryland where I shot another movie directed by Kingsley Ukaegbu, featuring Best Davies, Moses Efret and Oge Okoye. I returned to Nigeria on march 13 2014 and this was three weeks before the South African trip. So its stupid for someone to say she got me passport. It is very sad that when you try to support people to grow, they turn around and stab you at the back. $1,000 my foot! This is someone who actually begged and pleaded that she can't afford to pay me, that I should help her. I still have a munched copy of the SMS she sent with her phone number.


"On the issue of paying my flight to South Africa, professionally, a producer is responsible for flights, accommodation and welfare of artiste during the production. So she wasn't doing me a favor. Why would she say I connived with Prosper to Blackmail her? Come on, that's too cheap. This someone I even persuaded an American based Director{ Kingsley Ukaegbu) to feature in a movie I have booked to film in Maryland in July 2014. What more can one do to satisfy people on earth? I also have a munched copy of my conversation with Kingsley. So what could have gone wrong for one to think that I want to blackmail her? Besides, she first introduce prosper to me as her boyfriend. How now could he be more of my friend than Hers?"
"My advice is for Angela Okorie is please get a life. It is not too late for you to package yourself into becoming a virtuous woman. That way you would regain your lost dignity with ease. I don't wish to be mentioned in this matter anymore. And Please be warned! This should be between you and Prosper because only the two of you know what transpired. And for my fans, Family and Friends, I am sorry for being mentioned in such a dirty topic. I stand to be corrected. God bless you all 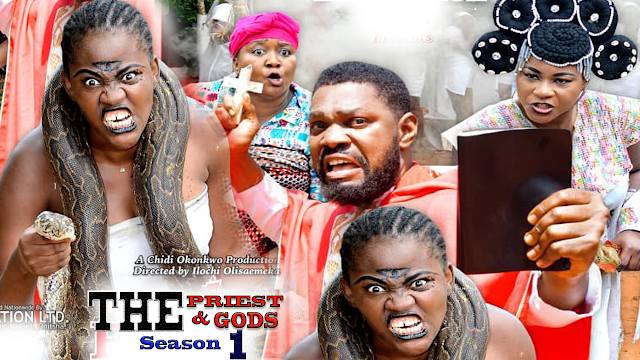