Nigeria Nollywood Icon and filmmaker, Amaka Igwe will be laid to rest on Friday 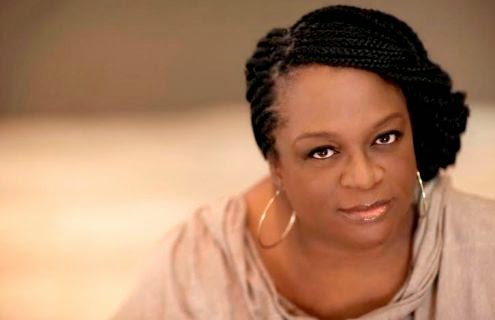 Nollywood Icon and filmmaker, Amaka Igwe who passed away on the 28th of April 2014 will be laid to rest on Friday, June 13th 2014 at Ndiuche Arondizuogu in Imo State, her marital home.
Various events preceding her funeral as announced by the family include; A tribute evening and Lagos Service of Songs at Haven Gardens G.R.A Ikeja on the 9th of June, and Enugu Service of Songs at Okpara Square, Enugu on the 12th of June, 2014. Continue...


A tribute website, www.amakaigwe.ng, has been created for goodwill messages and pictures. The site will also contain tweets and Facebook messages celebrating Amaka Igwe. Past pictures, videos and speeches of Amaka Igwe will also be uploaded onto the site continuously.
Amaka Igwe, who is survived by her husband of 21 years Charles Igwe, three children, an aged mother and siblings, died from complications from asthma at the age of 51.
She contributed immensely to the development of indigenous television drama and Nollywood over the past 25 years, for which His Excellency, Mr. President graciously awarded her an MFR in 2011, one of the proudest moments of her life.
She is the founder of BoBTV Film and Television Programmes Expo, founder and CEO of Top Radio 90.9FM, Amaka Igwe Studios, and the newly launched Q Entertainment Network.
A visionary and pioneer of modern Nigerian TV drama and film, she hit national limelight as the writer and producer of award-winning TV soap 'Checkmate' and its off shoot 'Fuji House of Commotion'.
Her Nollywood projects include RattleSnake and Violated - two critically acclaimed movies that set apart Amaka Igwe Studios in the much-criticized Nollywood industry.
Amaka Igwe studied Education/Religion at the University of Ife (Now Obafemi Awolowo University). She had a Master's Degree from the University of Ibadan. She had her early education at All Saints School (Now Ekulu Primary School), Girls High School Awkunanaw, Enugu and Idia College, Benin.
She worked as a lecturer at the Anambra State University of Technology and briefly in oil and Gas, before settling for the motion picture industry