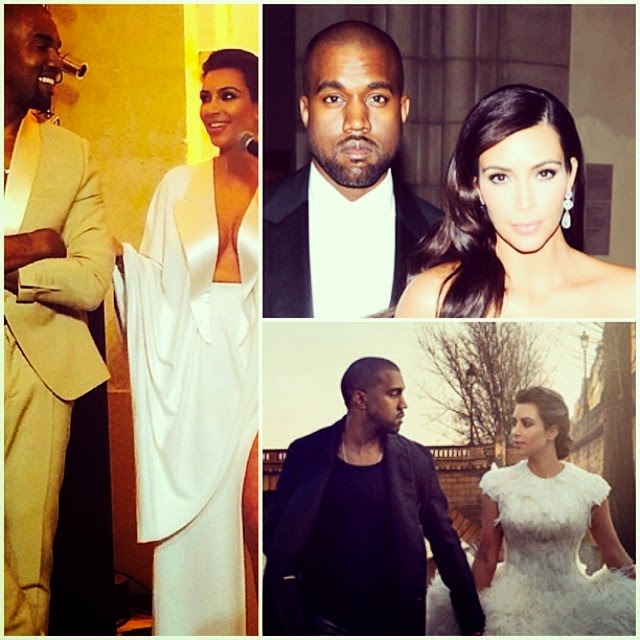 Kim and Kanye are officially married.E news confirms that  Bruce Jenner walked Kim to the alter.They exchanged vows in front of a massive wall of flowers. On Mother's day ,he gave Kim the smaller version of the flower wall.How romantic..(If you look closely, you'll see Kim and Kanye by the flower wall and the bridesmaids in white)
According to People Magazine,
A guest said


"It was funny how nervous he was.He clearly knew the gravity of what he was about to do. This morning he was all smiles, but as it got closer, you could see that the nerves were kicking in. It's common for most grooms. I've seen it all before."

Jay Z & Beyonce reportedly didn't make it and are in the Hamptons..She shared a make up free photo on Instagram as Kim & Kanye exchanged vows...

Looks like the guest dress code was black.Their friends arrived the venue in black..See photos below.... 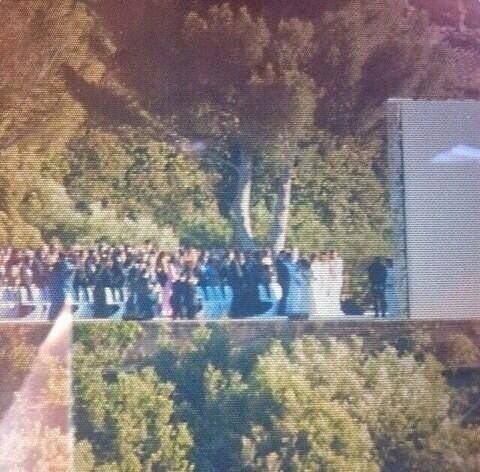 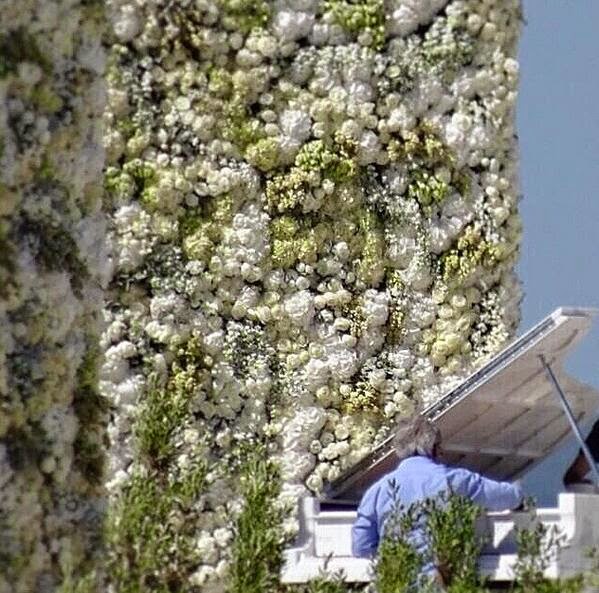 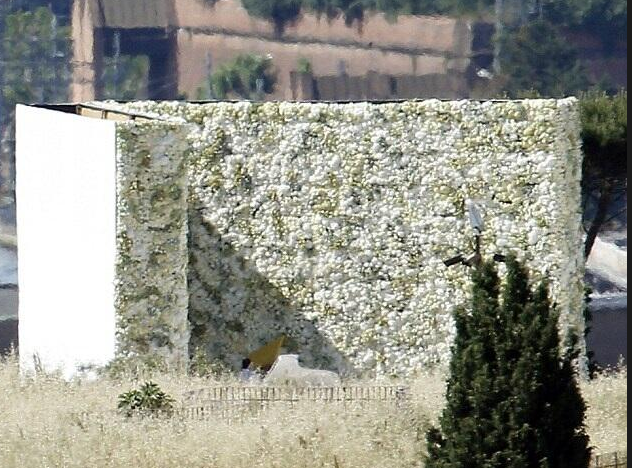 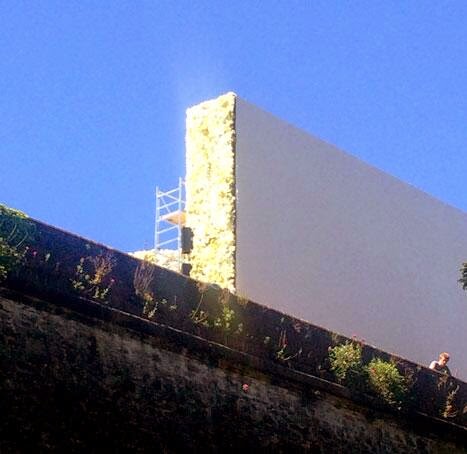 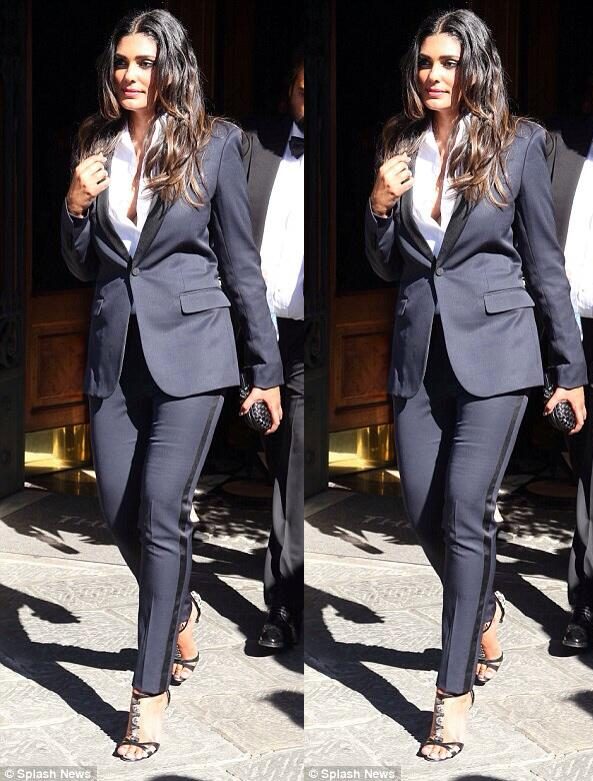 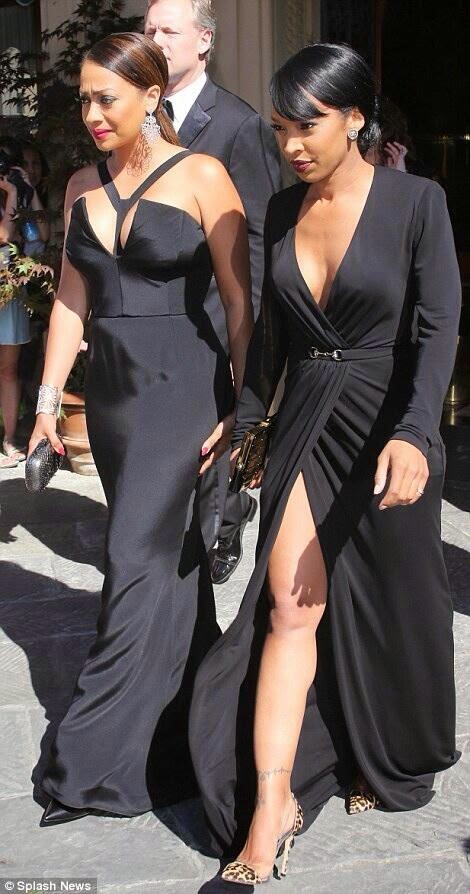 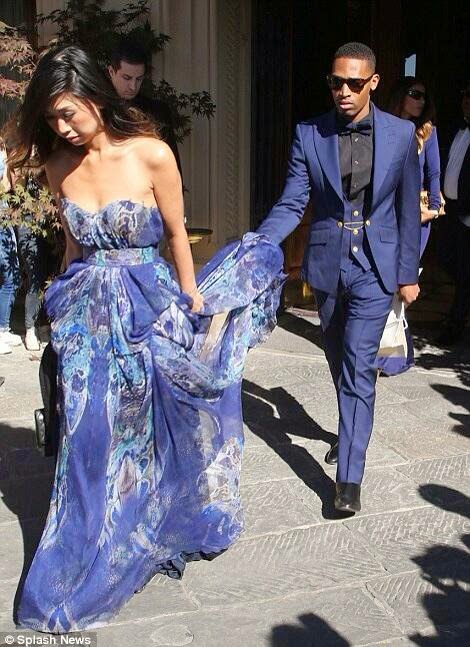 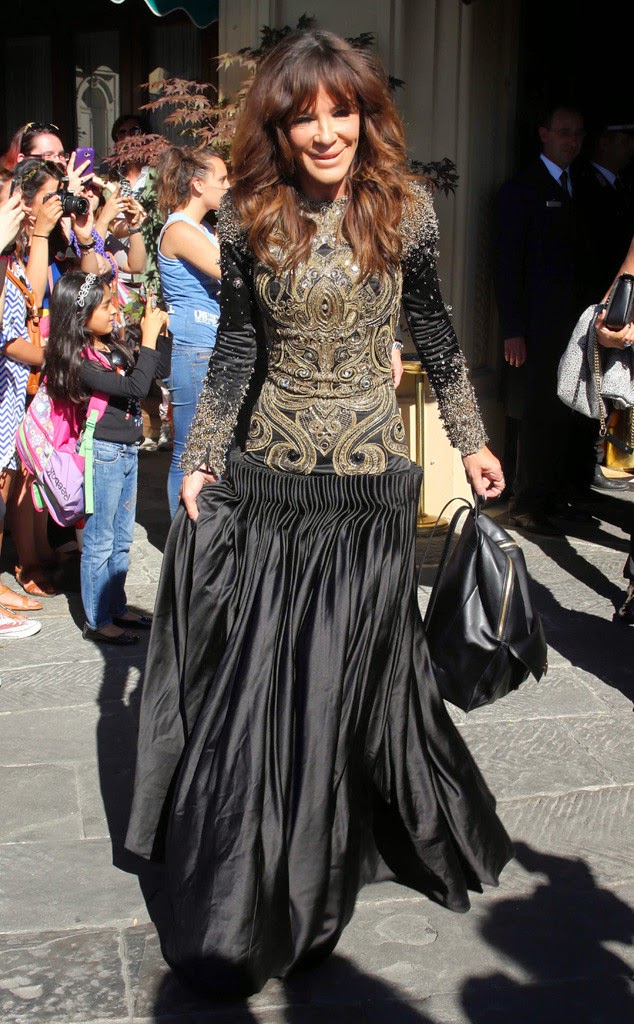 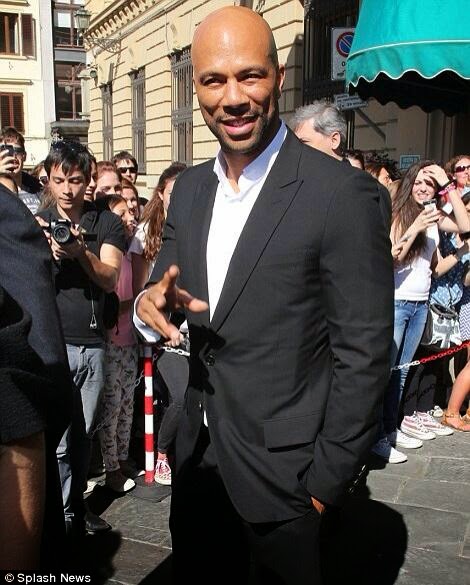 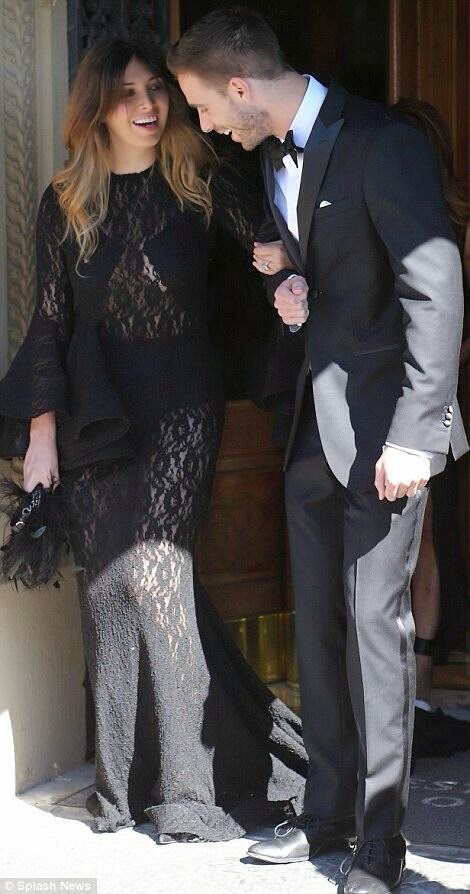 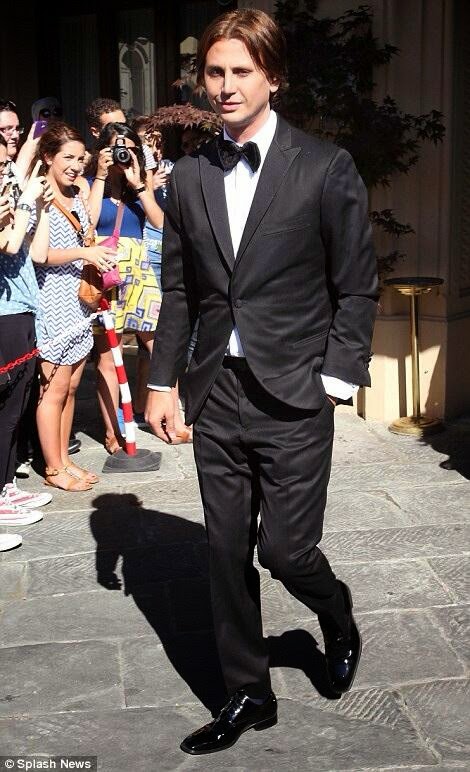