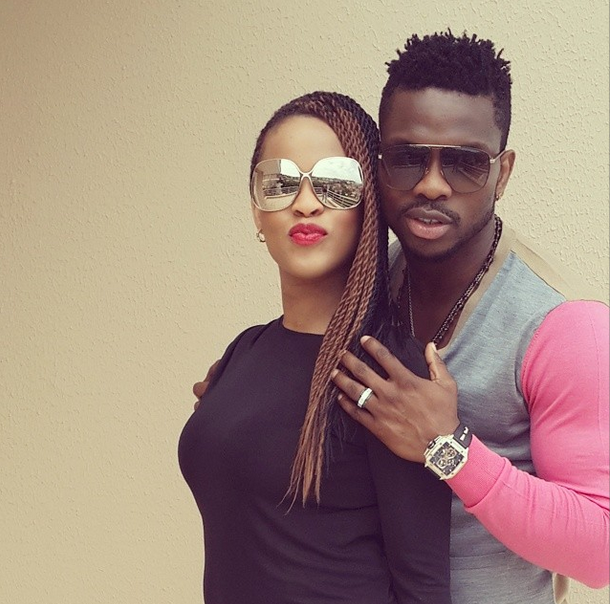 Adaeze has become the butt of twitter and instagram jokes after her husband ,Joseph Yobo's accidental goal against his team,Super Eagles..They took out their annoyance on her and not one to back down ,She fired back on instagram..

All you hateful people that didn't even realise it was own goal at first Heck, most of y'll didn't even watch that last minute part of the match that's if Nepa gave yu light to watch the game at all but as soon as they confirmed it was own goal by yobo' Y'all be like let's go ham on his wife (that bitch) steady posting Louboutin pics on ig. #theirisgodo #toobadwelost but #goodgamefromyoboandtheteam #teamnigeria moving on, congrats to Joseph yobo for being the first Nigerian player to get to 100 caps. #recordholder #idontbreak #idontevenbend #ijustlaughatyourbitterness