''Mr. Ibu cannot vote for me, he does not have the power to do that"'. AGN Ibinabo Fiberisema fires back 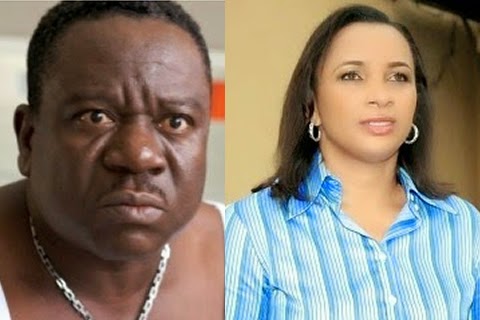 Last week, John Okafor said Ibinabo is not fit to be AGN (Actors Guild of Nigeria) president and said no body would vote her.He accused her of misappropriation of funds given by the presidency.This is what she told Punch

“Which money is he talking about? That is why I said he is detached from the realities on ground. When we went to visit the President, there was no money promised to anybody. We didn’t go there to beg for money as Mr. Ibu is used to doing; we didn’t do that. They push you to the extent that you say things that you don’t want to. I’m not about money, for once they should stop and think, see what my team and I have achieved in two years.”

“Replying Mr. Ibu would be trading intelligence with ignorance and I don’t think I have that time. I’m sure you have followed everything we have done and we have not hidden anything. Rather, we have been open about everything we have done, so if he attacks me the way he did, it clearly shows that he is completely detached from the reality, because he complained about things that we have achieved long ago, which shows that he is not part of the Guild,”

Mr. Ibu cannot vote for me, he does not have the power to do that. He cannot even run for office because he is not a member, and I was expecting to see the names of the members whom he referred to because I don’t know them, and I hope they are members of the Guild because we have actors who are not members.
“You should not because of your interest in a name feel you can come out and talk off point to become relevant. When people say people should have education, it is for this kind of reason so they will know how to speak in public.
“They think running to the press and running me down on Facebook and others will deter me. No. I was not brought up like that, I’m a very thorough breed. I will do what I have to do to get to where I am going. It is the love that I get from people whose lives I have touched that keeps me going, not those who don’t know where they are going, because every sentence they make is money, where is the money?”