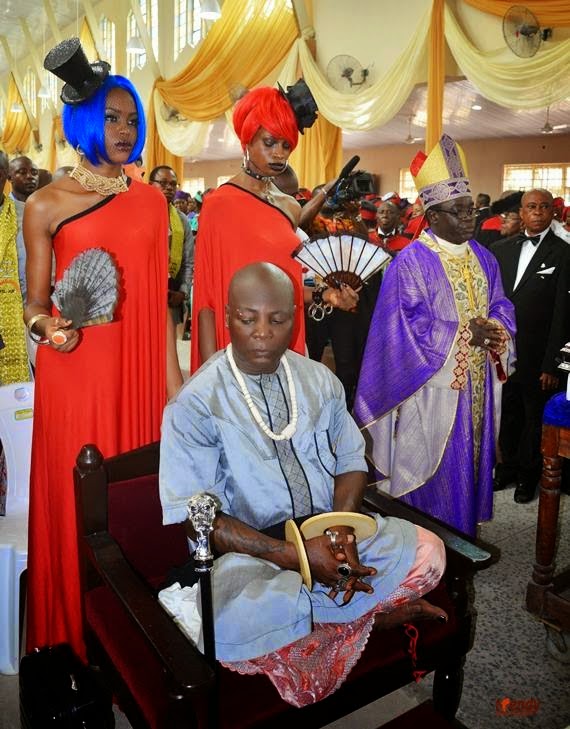 Few days after the burial of his father, Justice Chukwudifu Oputa, in Imo State, Charly Boy is reportedly battling to save his life from the fear of the unknown. According to Nigerian Tribune....

Charly Boy was said to have assaulted a top government official last week in Oguta, during his father’s burial ceremony..News filtered into town on Thursday that CB, as he’s fondly called, received a text message threatening to have him killed should he fail to apologise to a top government official who he was said to have embarrassed. We gathered that CB ignored the message the first time, but later received another call with the caller threatening to kill him if he fails to apologies.
When R placed a call to CB’s phone on Friday, his mobile number was not reachable. CB did not reply the text message sent to his mobile phone as of the time of writing this report.

R also called one of CB’s spokespersons, who craved anonymity. He confirmed that CB had been receiving threat calls and messages since he buried his father, claiming that CB at first, he did not bother about it, but when the threats continued, he had to voice out.

Asked what the alleged caller said,

“CB told me that he was threatened but did not tell me who the caller is or where he or she called from. CB had to rush out of Imo State on Thursday evening, because his life was no more safe in the state. I don’t know more than that for now”