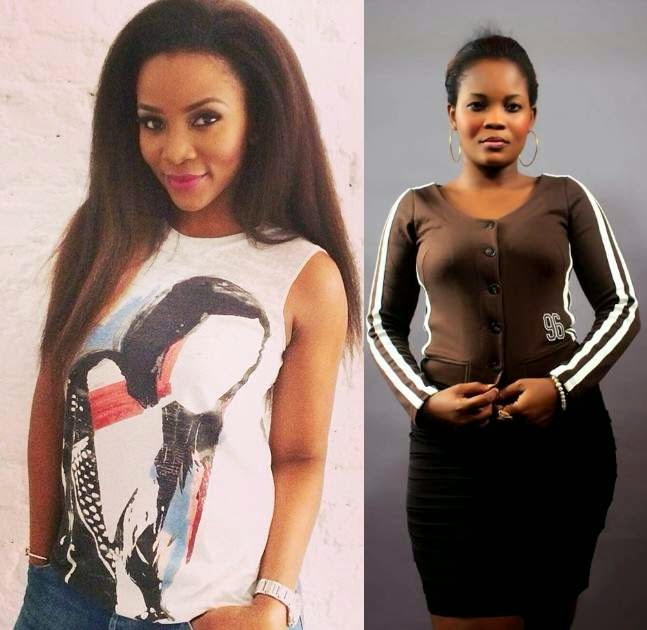 Last year,an online publication claimed Benoise actress and singer, Ella Martins was reportedly in a 'relationship ' with Genevieve Nnaji after they took a picture at an event .I think she(Ella) refuted that claim  and I thought the case was closed.Apparently, she is still on it.Now claiming she has not been herself since the rumour.. According to Vanguard,thats all she wanted to talk about...Very interesting interview........


"I wanted to have an interview especially after the allegation of lesbianism between me and Genevieve Nnaji.Yes, it has affected my emotional life, because everybody now believes I am in a relationship with Genny and my family is not happy about it. It has really affected my career and image at home.It is something that is completely new to me. There has never been a time I was accused of being a lesbian. One little thing happened about me and Genevieve Nnaji and everyone now believes I am a lesbian. It is . touching and depressing.

On how the allegation came about...

What happened is that Genny and I were in a club in Lagos and her phone got missing. Later, I think a paparazzi or someone got hold of it and started sharing some contents about me and Genny online. I don’t see anything abnormal in the pictures but people started talking that we must be lesbians and all.As normal persons and friends, we do take normal pictures at home and in other places but I don’t know why the online magazine showed Genevieve and I kissing, I am surprised and don’t know where they got those pictures from.We kissed, but it was nothing extraordinary, it was normal kiss between girls. I mean girls do kiss each other normally, even guys do too. When I was dating Fally Ipupa we used to kiss and now that we are separated and are good friends we still continue kissing like we used to. My fear is I receive strange calls saying that in a few days’ time they will be releasing more pictures about us. 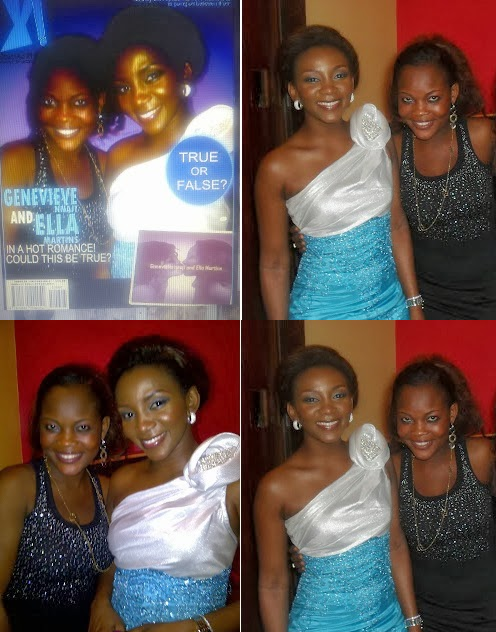 You still received calls over the incident?


I am a very popular figure in my country and a lot of people are jealous of me. So many of them would like to see me go down and this may be a good excuse for them to start something.

When they call you on phone, do they ask for anything or sound like blackmailers?

If you have no dirty secret why are you now scared?


You don’t understand, even the pictures they released online was worked on, adulterated to make it look different from the actual pictures. We kissed as normal girls, not as romantically or sexually as they projected in the pictures posted online.

What is the relationship between you and Genevieve Nnaji?

Sincerely, are you and Genevieve Nnaji sexually involved?


No, never. I am neither a lesbian nor is Genevieve. We are just two close friends, showing profound emotions for each other by kissing.

You said you once dated Fally Ipupa, or is it that you are heterosexual?


Please, please, I don’t know what you are talking about. How could I have dated Fally Ipupa and still be a lesbian. It just doesn’t add up. Ask Fally, I am very straight. If I am a lesbian, why hasn’t the story come out before? Why is it coming out now when it involves Genevieve? Don’t you see the handiwork of the devil in the whole business?

Do you also have a man you are currently dating?


Hmm. I am actually dating a President, but I prefer to keep it secret. In my country everybody once accused me of dating former President Olusegun Obasanjo of Nigeria

You are very sexy. How do men generally react to your sexy figure?


People are crazy about me ! Many men are in love with me and dying to have me as a lover. Everybody loves me and they show it everyday. People just can’t get enough of Ella. They think they have seen all of me but there is more to show. I just came back from the United States of America where I attended a UNAIDS programme with the First Lady of Niger.