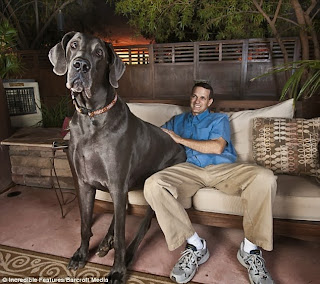 Giant George, the world's tallest dog ever has died at home in Tuscon, Arizona one month before his eighth birthday according to Dailymail.
Passing away surrounded by owners on October 17th, the blue Great Dane measured 43 inches tall from
paw to shoulders and was able to stand seven-feet-three-inches tall on his hind legs.Weighing 245 pounds, George was in fact the runt of his litter when born but grew up to be recognized by Guinness World Records in 2010 not just as the World's Tallest Dog, but the Tallest Dog Ever. 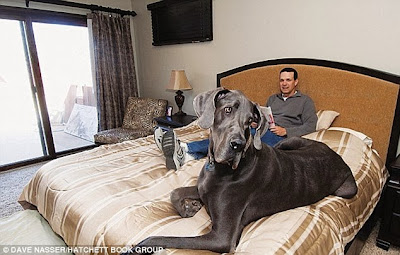 The enormous but gentle beast consumed 180 pounds of food a month and slept in his own queen sized mattress. In a poignant posting on his own official Facebook page, owners Dave and Christie Nasser wrote, 'It is with a heavy heart that we announce Giant George died last night. George passed away peacefully surrounded by loved ones; one month before his eighth birthday 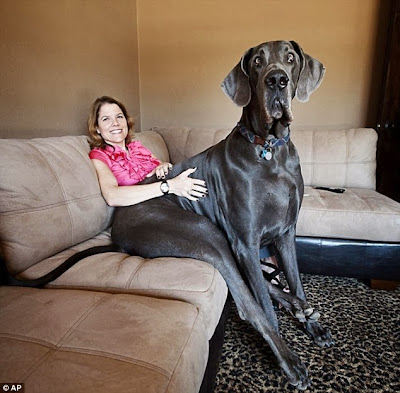 'We appreciate the love and support you have given Giant George over the last several years. We look forward to honoring his spirit by continuing his charitable works. George would spend his days sleeping, barking at the UPS deliveryman and eating his favourite chicken and rice dinners. He weighed an incredible 100 pounds more than the average Great Dane and last year was ordered to lose a stone in weight to preserve his health. - 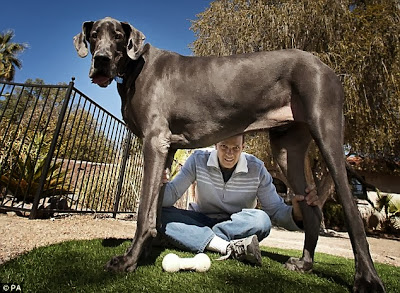