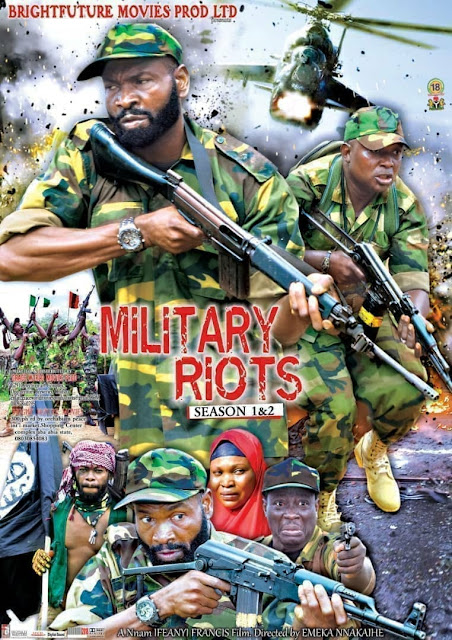 Fully Armed terrorist group swore to sweep off the government and the entire nation until the government adhere/succumb to their  threats and demands.  The soldiers on the other refused going into battle/war with the terrorist group cos they're not fully Armed and prepared unlike the terrorist group. The soldiers waged war against their commander(T.K Bello) for trying to force them into going in war with the fully armed terrorist group without being fully prepared with the ammunitions and other war necessities which landed them ( soldier boys) in prison.
Chief of Army staff ordered the killings of the soldier boys  that dared the orders of their commander, but since it was against the constitution of the Army, the death sentence was swapped to three months imprisonment with hard labour. David(Sylvester Madu) and the group of soldiers were discharged from the military  but thing went bad when Amina's number responded switch off. Soldier boys employed by the government are left to die without ammunitions to defend themselves,  this movie exposed lots of secrets, kindly watch and share videos to save this boys in the forest.