LATEST: WATCH KELVIN BRUTALIZE A SNITCH AMONGST THE GANG IN THIS LATEST MOVIE 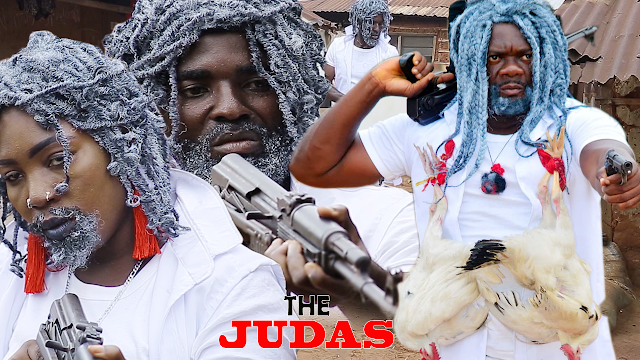 This movie hinges on Betrayal, misidentification and unfaithfulness.'

On their way returning from a very drastic robbery, the policemen ambused them an they were without  enough bullet and proper preparation to war the uniform men so Nonso (Kelvin Books Ikekuba) decided to play the victim by handing himself over to the policemen specifically to confuse them over following up his gang. He had already gotten promises
from silver(Lekwa Wariboko) that his share of the robbery money will be given to his younger sister(Stephanie Ekwu) which was an agreement with them before he accepted to surrender to the police with the promise of never to expose them no matter the magnanimity of their torture. Seven years after Nonso came back from the prison only to meet his mother dying alongside his younger sister... Literally the beast in him grew worst than before when he was told the betrayal of silver. Watch with the link above to see the devil in kelvin